Family owned and operated for over 130 years, Aiya is the world’s leading producer of Japanese Matcha green tea. Aiya is headquartered in the city of Nishio of Aichi Prefecture in central Japan, where the finest Matcha green tea has been grown for over 800 years. The company is currently managed by the 5th generation of the Sugita family with full-service sales and resource offices in 5 different countries across the world.

Aiya was founded in 1888 by Aijiro Sugita as a local shop specializing in dyes and teas. Aiya, the nickname of the shop which later became the company’s official name, was given because the shop carried aidama, an indigo-colored dye used on kimonos. Five generations and over 130 years later, Aijiro’s legacy continues with Aijiro IV, the Chairman of Aiya Japan; Takeo, the President of Aiya Japan; and Fumi, the President of Aiya America.

OVER 130 YEARS OF INNOVATION

In its early days, the primary focus was on the production of dyes and Gyokuro green tea. Aijiro eventually moved the business toward producing a more premium tea varietal, Matcha green tea. He teamed up with local tea producers to cultivate new fields and worked tremendously hard to improve the technology of stone granite grinder mills. His innovations to centuries-old technology are still used in today’s modern production facilities.

Aiya is founded by Aijiro Sugita, who opened a local tea store.

Aiya's Quality Control department is established – a first of its kind in the Matcha industry!

Aiya opens a branch in Zhejiang for Chinese domestic supply.

Aiya receives the ISO 22000 certification – another first for the Matcha industry.

Takeo Sugita takes over the company. 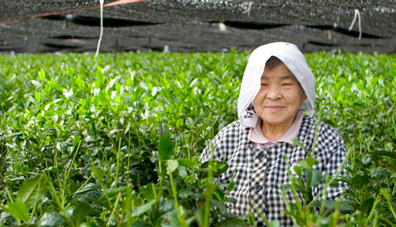 Aiya takes pride in its tea farmers, who are an important part of the Aiya family. 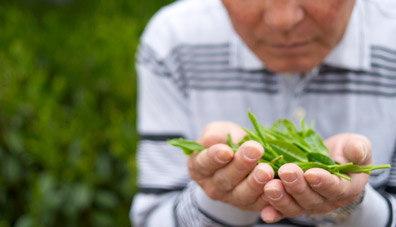 Most of the tea farmers have worked exclusively with Aiya for multiple generations. 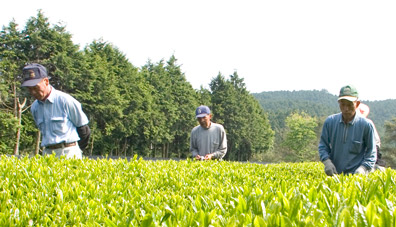 Dedicated to the wellness of its farmers, Aiya purchases the entire annual crop, ensuring their ongoing income even if a single crop cannot be used. 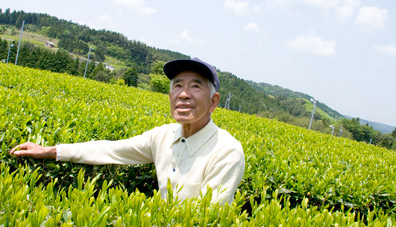 Aiya truly enjoys its long-term relationships and looks forward to collaborating with the next generation of its tea farmers.